Development of the Campus

Report based on Experience

Often, little is known about the early life of a new school campus. We had the opportunity to accompany the development of several International Schools from the very beginning over the course of more than 30 years. With this experience comes the ability to determine similar patterns.

We got to know not only our clients, the head of schools, the principles and the members of the parents’ association, but also the properties for which long term leases by the city administration were granted, as well as existing (historic) buildings, that had to be transformed into school buildings.

All of our schools had in common, that they needed a path to growth and therefore a long-term strategy for sustainable campus development.

In close collaboration with the members of the school, wishes and needs were analyzed and eventually shaped and transformed into a concrete design.

During this process, a number of requirements, such as the urban development strategy, the overall flexibility of the building and the extensibility of the campus and its buildings, had to be met.

Furthermore, as a consequence of the ongoing construction during school terms, interim uses had to be defined and planned to ensure uninterrupted day-to-day operations.

In close cooperation with the building authorities, challenges like concerns of the neighbors or changing requirements for traffic planning had to be overcome.

It’s always a special highlight, when positive interaction between the school and the architect lead to mutual inspiration for both. 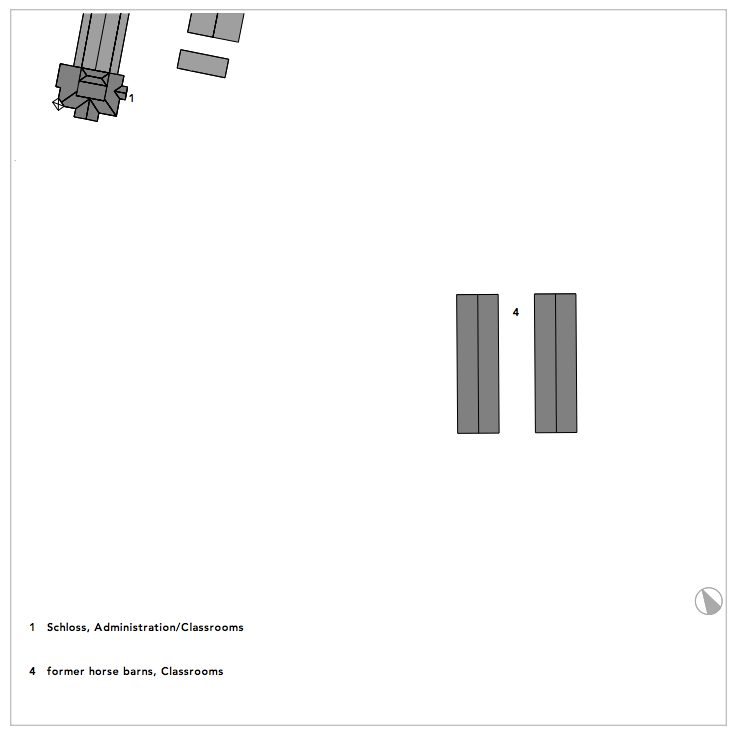 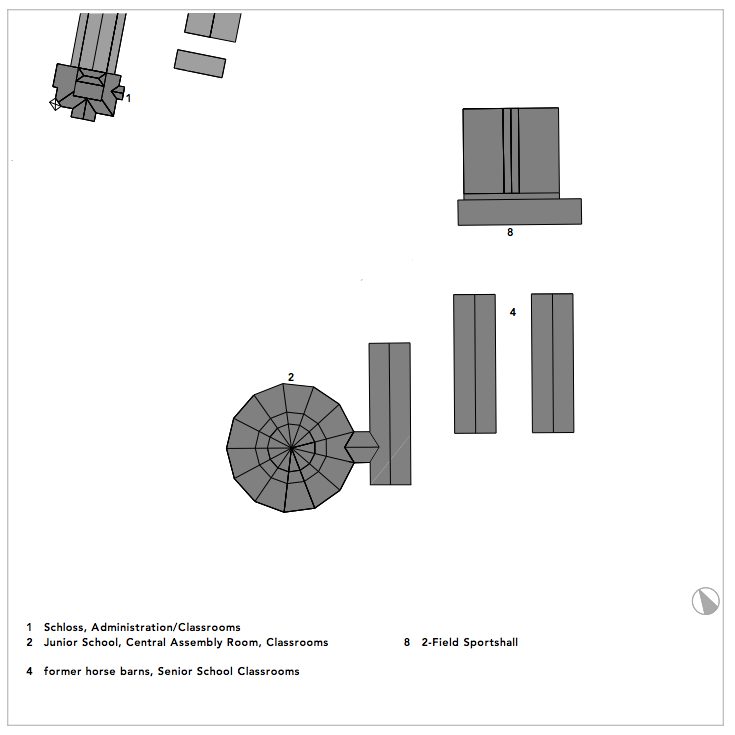 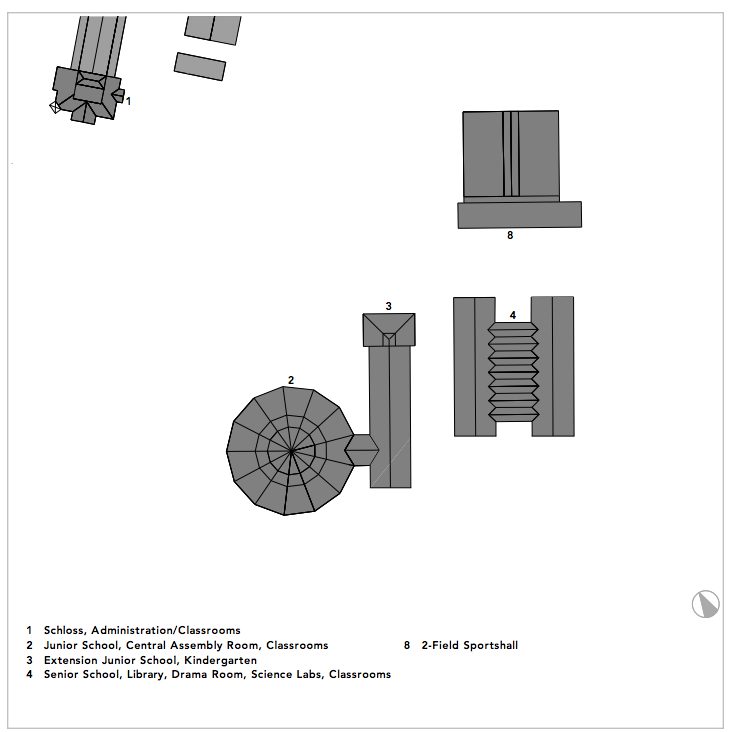 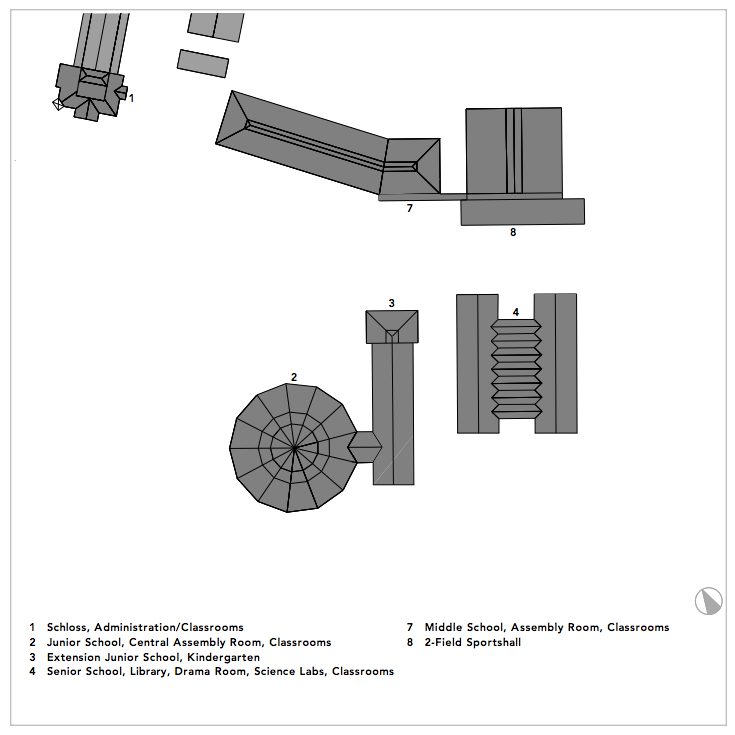 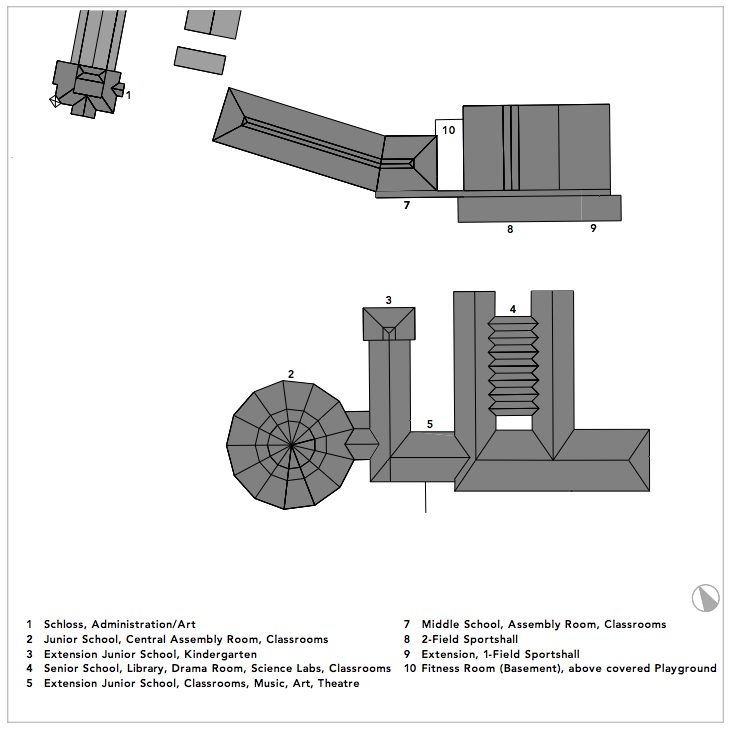 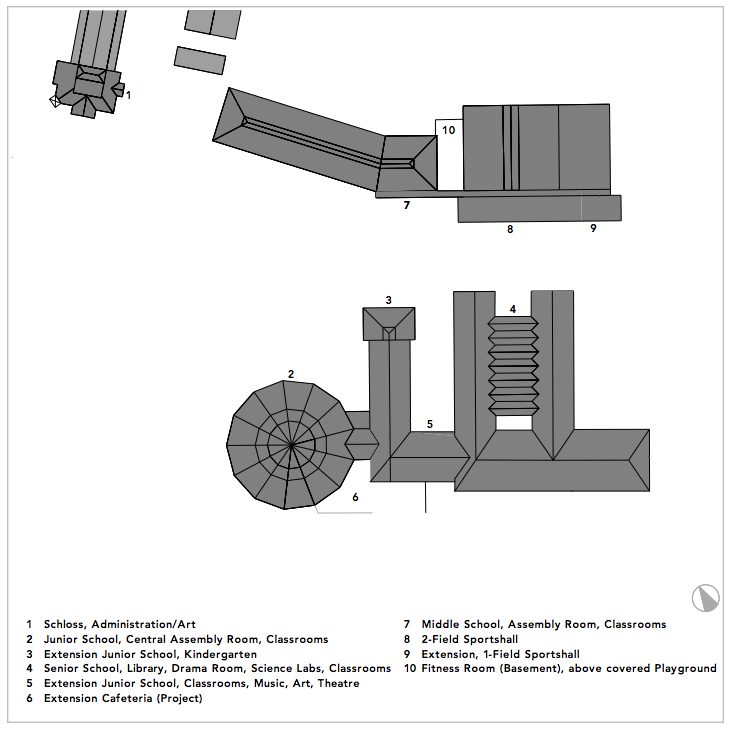 School time and campus life in harmony with nature.

Over the years we carefully formed an ensemble of school buildings, creating the MIS campus, with regard to the preservation of the surrounding forests and integration of vast green spaces.

Although a sizable property was provided

to the school, it was of great importance for us to create short distances.

Initially, the circular building of the Junior School was erected alongside a Sports Hall with two playing fields.

Later, Junior School was extended to the longitudinal building and the horse stables were converted into a fully equipped Senior School, followed by the erection of a central part of the building complex.

By that time, the need arose to accommodate the Middle School students in a separate

building, leading from Schloss Buchhof to the upper part of the campus.

A further extension of the Junior School was eventually necessary as enrollment numbers continued to increase.

Therefore a new building was attached to the initial ones, connecting both Senior Schools to one single unit. Additionally, the two-field Sports Hall got a third independent one.

Also, the cafeteria and its canteen kitchen needed an enlargement and an upgrading.


Transformation of the Campus of International School of Düsseldorf 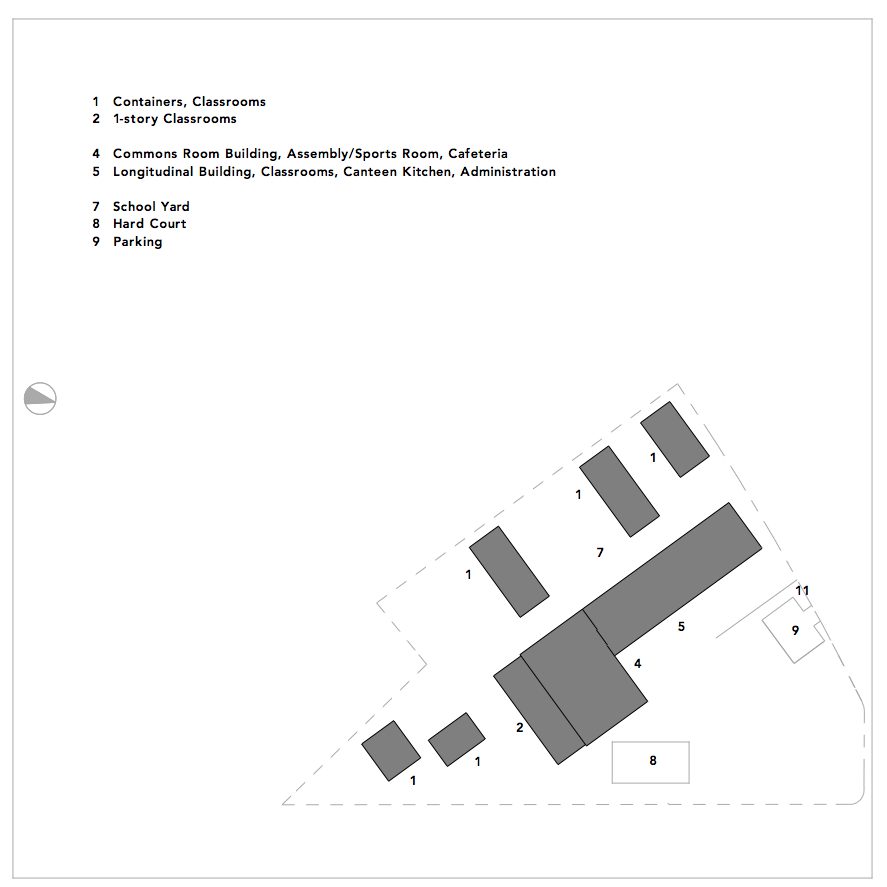 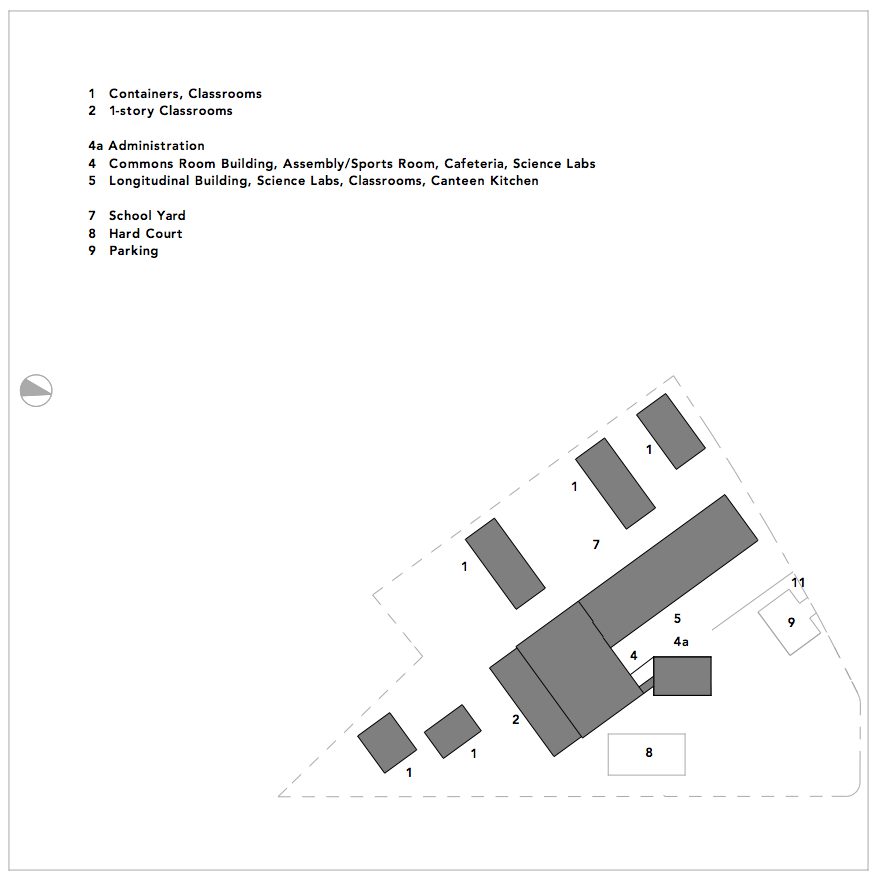 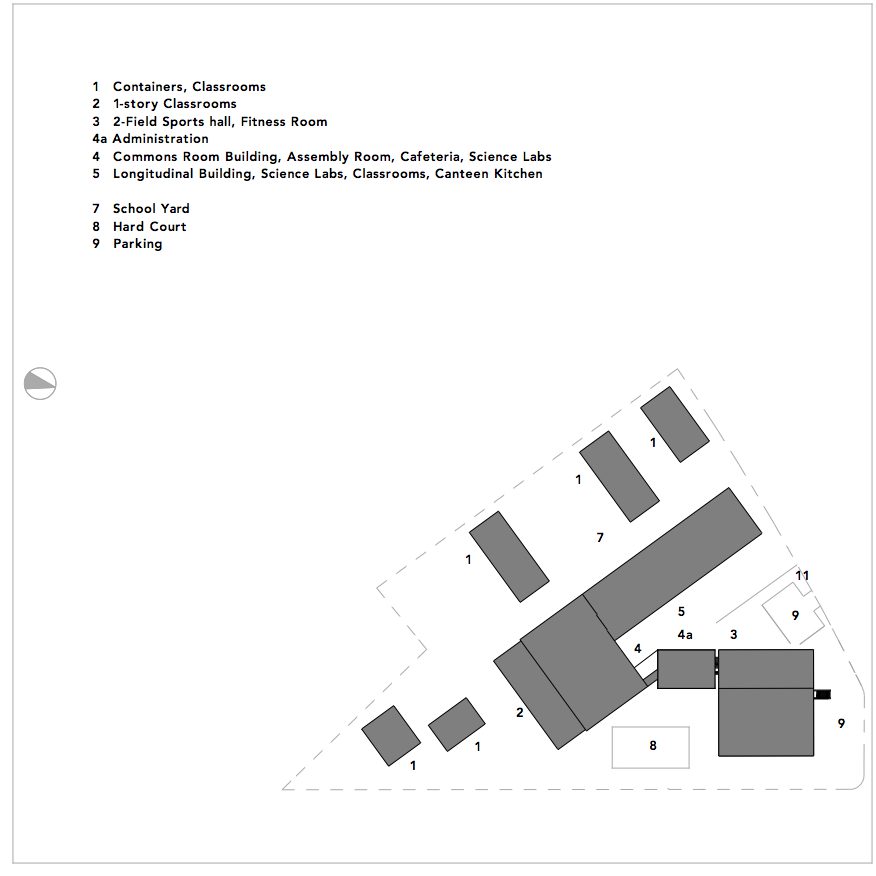 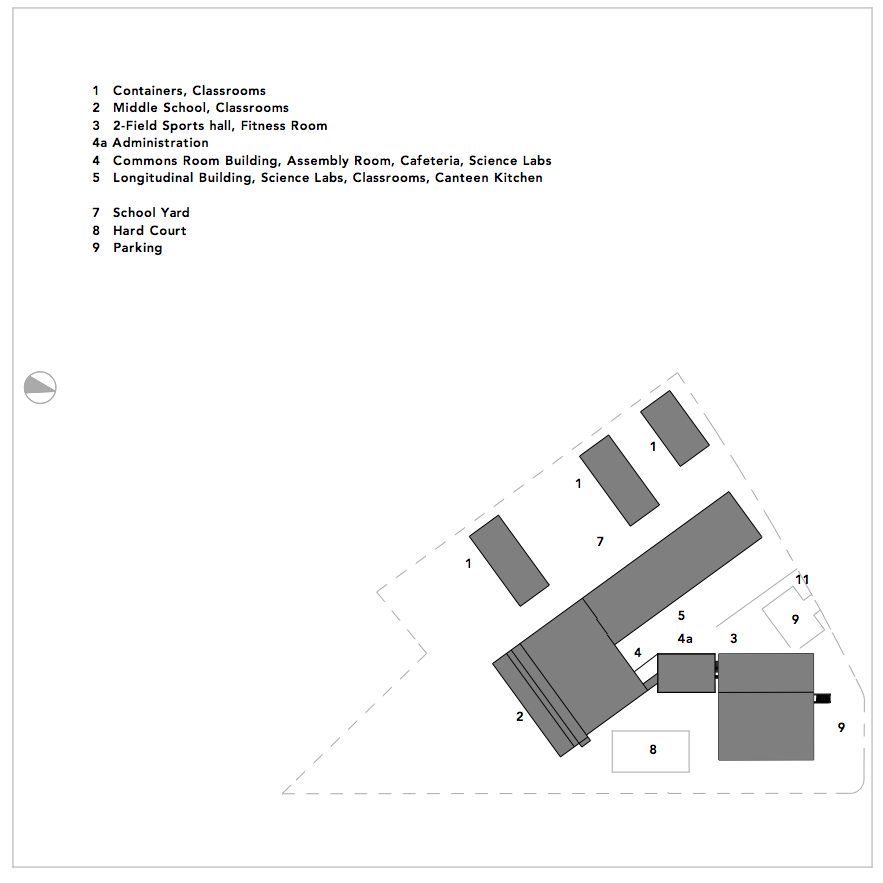 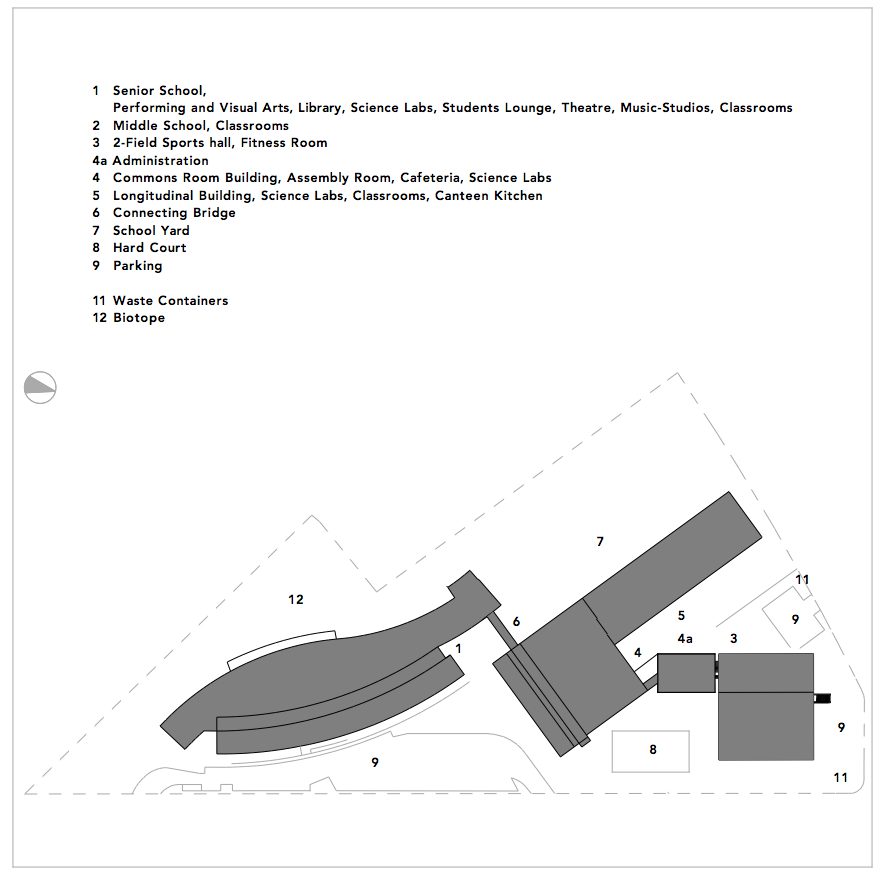 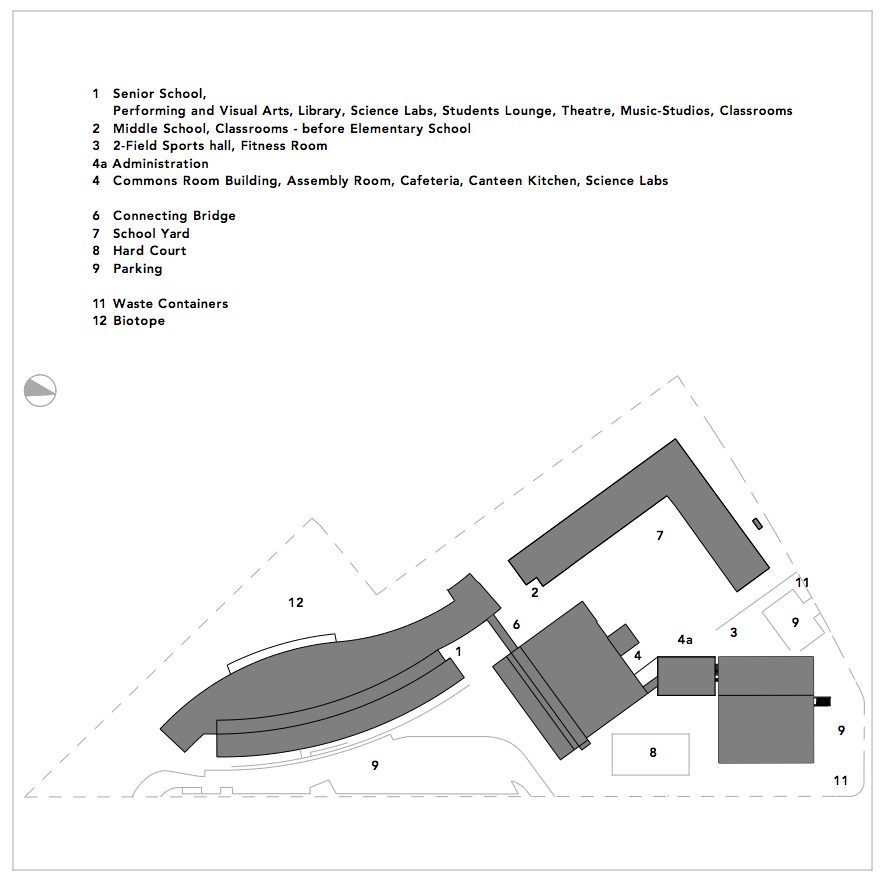 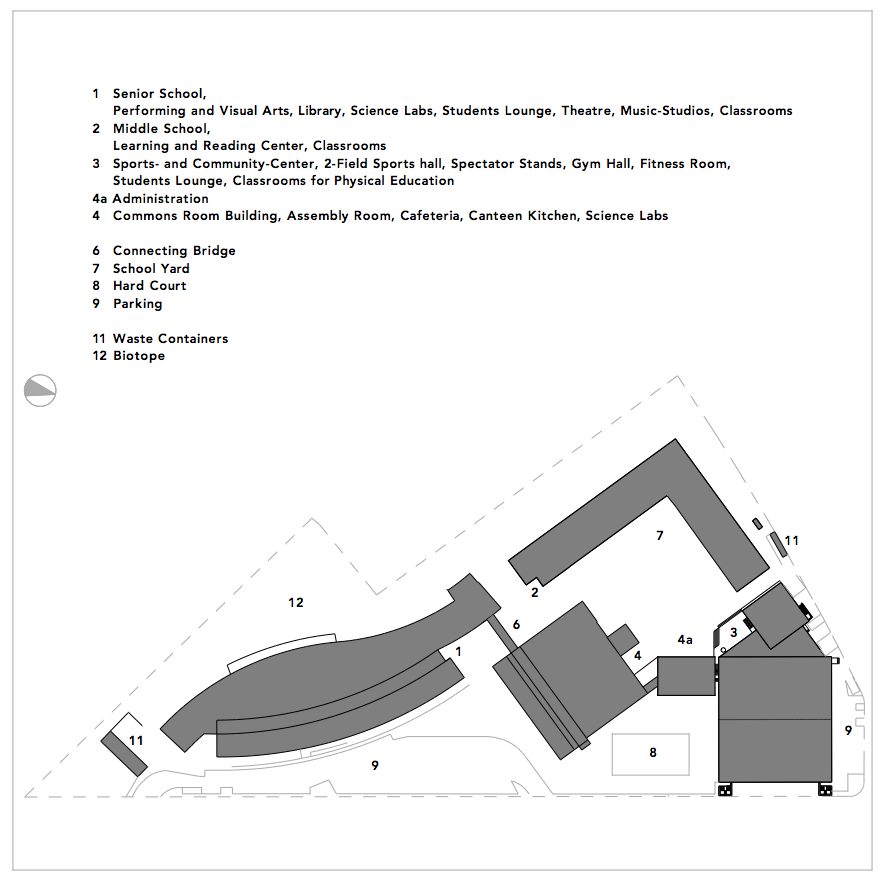 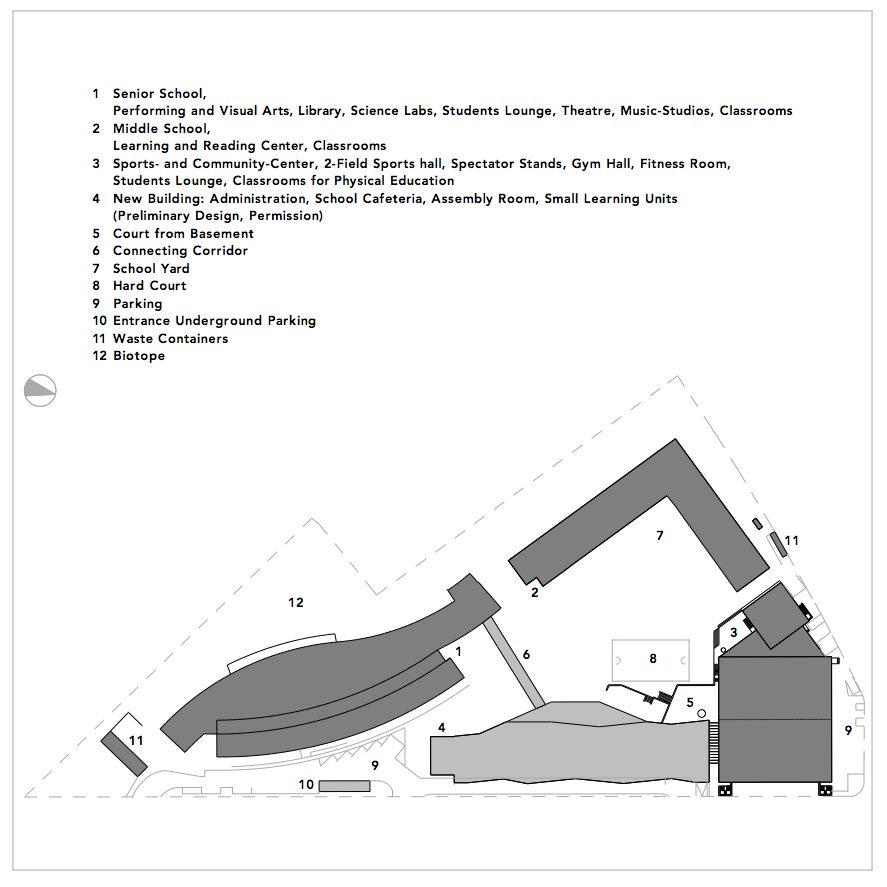 Running of a school in a city district not far away from the bustle of barges on the Rhine.

Following a recommendation of MIS, we came in contact with International School of Düsseldorf (ISD), and learned about the issues they had with too little space, and an inadequate gymnasium and the lack of science laboratories.

We could alleviate the immediate lack of space quickly, like inserting an additional story. Subsequently, the administration was moved to a newly built administration building in order to free existing floor space to accommodate better equipped new science labs. A one-story classroom wing could be replaced by a new two-story Middle School wing. For physical education, a new 2-field sports hall was built. All of those steps were planned to be realized in only a few phases.

Growth following the initial measures, allowed us to design and realize the recognizable High School Building, which is based on the centers of three circles.

The curved shape of the building provides an interior, which allows inspiring views and perspectives throughout the building.

A skylighted three-story passage leads through the whole building, not only connecting the different rooms, but serving as a communication and exhibition platform.

Not only a building permit for the High School Building was acquired at this time, but also one for a new Elementary School Building. By this measure, we were able to finally create the long wanted, essential schoolyard. Simultaneously, the kitchen of the cafeteria was extended in a small independent building.

Needless to say, that besides the ongoing process of constructing new buildings, alterations to, and renovations and upgrades of existing ones were always necessary. Such as a energy-related renovation and modernization of the so called Commons Rooms Building, or the creation of Centers of Excellence, just to name a few.

The latter one included the upgrade of four departments by unifying rooms and reducing corridor space.

Increasing requests on the PE department lead to the replacement of the existing gym with an all-new Sports and Communications Center by the end of 2013.

Worth thinking about was the location of the necessary waste containers and containers for recycling materials – reasonable places were found and attractive shells for them created.

The latest action, was the successful acquisition of a preliminary permit for a New School Building, creating of a large central schoolyard as centerpiece for everyday school life on the outside. Inside, it is planned to accommodate space in line with state-of-the-art educational concepts, elimination of corridors in favor of grouping departments together to get classroom clusters.